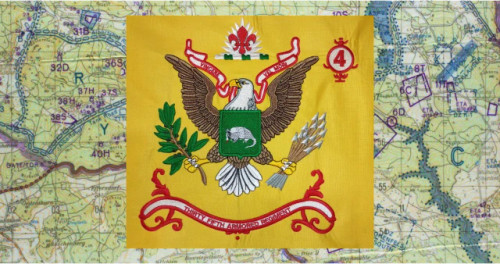 SKU:
UPC:
Shipping:
Calculated at Checkout
Made With Pride In:
West Texas USA
We Do Not:
Frame Service

We do not frame

You can also upload a picture if we do not have your flag in stock.

From a wreath Argent and Vert, a fleur-de-lis Gules in front of a palm branch of the first.

The shield is green, the color of the Armored Force.  The armadillo, being characterized by the qualities of invulnerability, ferociousness, protection, and cunning endurance, alludes to the elements which are vital if the organization is to pursue successfully its duties.

The palm is for military victory.  The fleur-de-lis commemorates World War II service in France.
Background